My name is Mr Wood, the Head of the Health, Sport and Performance faculty, and I have the absolute pleasure of recounting our amazing ski trip to Austria 2022.

Following a rigorous testing procedure prior to departure, five staff and forty-nine students departed for the Salzburger Sportwelt region of Austria and the fantastic Hotel Alte Post and Schutzenhof. Two students unfortunately were unable to travel due to contracting Covid-19, and they were missed throughout the trip by both the pupils and staff.

The group departed in high spirits, and the behaviour of the pupils throughout the outbound journey was exemplary. The group arrived just outside of Dover, where we were met with our drivers (Arthur and Steven) for the week who became part of the group and worked brilliantly with the children all week. The journey through to Austria seemed effortless with the pupils and all were excited, with the question of the journey quickly becoming "Are those the mountains we are going down"? A question that was swiftly answered, "well, I hope not, as that is a hill!"

We arrived at the hotel in record time and all pupils completed a pre ski boots and helmet fitting before an early night ready for the slopes. The staff were incredibly complementary of our pupils and clearly took a shining to our group, both the students and the staff. Over the next five days, our pupils went from discovering the difficulties of putting on and walking in ski boots, to fitting skis, tackling the nursery slope (believing after day two they could ski the entire mountain) and the precarious button lift, all the way to every single one of them exploring the varying mountain ranges and ski routes Austria had to offer.

Within the week, the pupils enjoyed a variety of evening activities including bowling, pool, a quiz and a trip to Salzburg whereby they went shopping with views of the Eastern Alps, an experience the students struggled to comprehend – shopping in the mountains! It was also an opportunity for the pupils to see Altstadt, the birthplace of famed composer Mozart of which appeared of great interest to many of the students, despite a rare few admitting they didn’t know who he was!

The skiing, however, was the obvious highlight of the week. The pupils took to the skiing brilliantly in some challenging conditions, with over a meter and a half of snow falling in two days, making for some difficult skiing conditions on the Tuesday and Wednesday, with lots of fresh powder, perfect for the falls when they occurred! However, Thursday and Friday resulted in a complete change of the weather and blue skies and sun greeted the pupils as they arrived at the mountains. This allowed all pupils to put what they had learnt into practice and resulted in Cardinal Griffin pupils cascading down the varying slopes all over the mountain. This led to lots of quotes on the return journey home such as “I owned that mountain,” “I think I might be the best skier Austria has ever seen” and “Sir, are you doing one next year, please let us do one next year?”

All of the pupils were incredible, both on the slopes and throughout the entirety of the trip, and were a credit to the school. They have built memories that will undoubtedly last a lifetime and it was a pleasure to be involved in the trip. 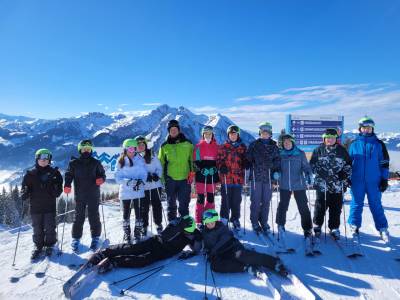 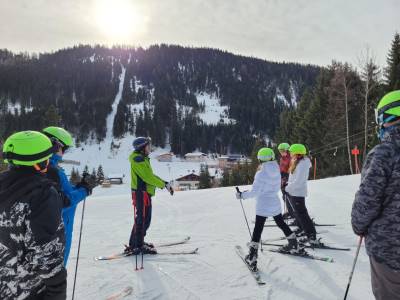 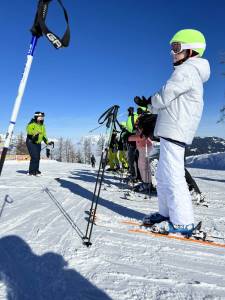 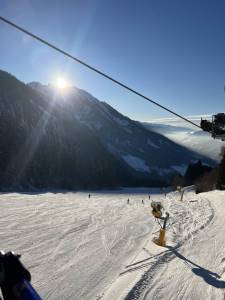 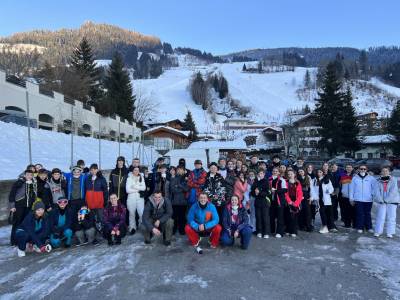